The original modest 100ft pier was originally built in 1762 for a fee of ten-and-sixpence. The extension to the pier was the towns own responsibility, history repeating itself.  It only provided anchorage for two small boats, which did not serve the booming herring fleet of 500 local boats and at least 100 others. The town applied for a grant in 1796 but since nothing in Inveraray seemed to be achieved in a hurry, was not granted until 1800 for a sum of £200, leaving the remaining £435 to be raised by the magistrates, and eventually being built in 1806. To reclaim expenses accrued, any vessel paid a burgess ticket of two and a half guineas. 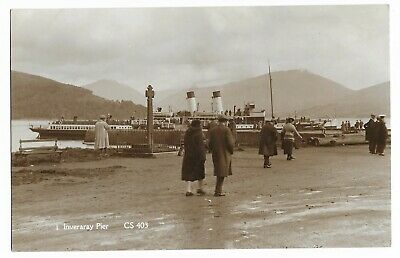 The pier is a Category B listed building in Inveraray Argyll, Scotland. It was built on the site of an earlier fishing village in the mid 1700s by the 3rd Duke of Argyll, Chief of the powerful Clan Campbell. When the 3rd Duke of Argyll succeeded to his title in 1743, he commissioned an architect, and work began in 1745. Begun 1761. Improved and enlarged 1809. Extended 1836. 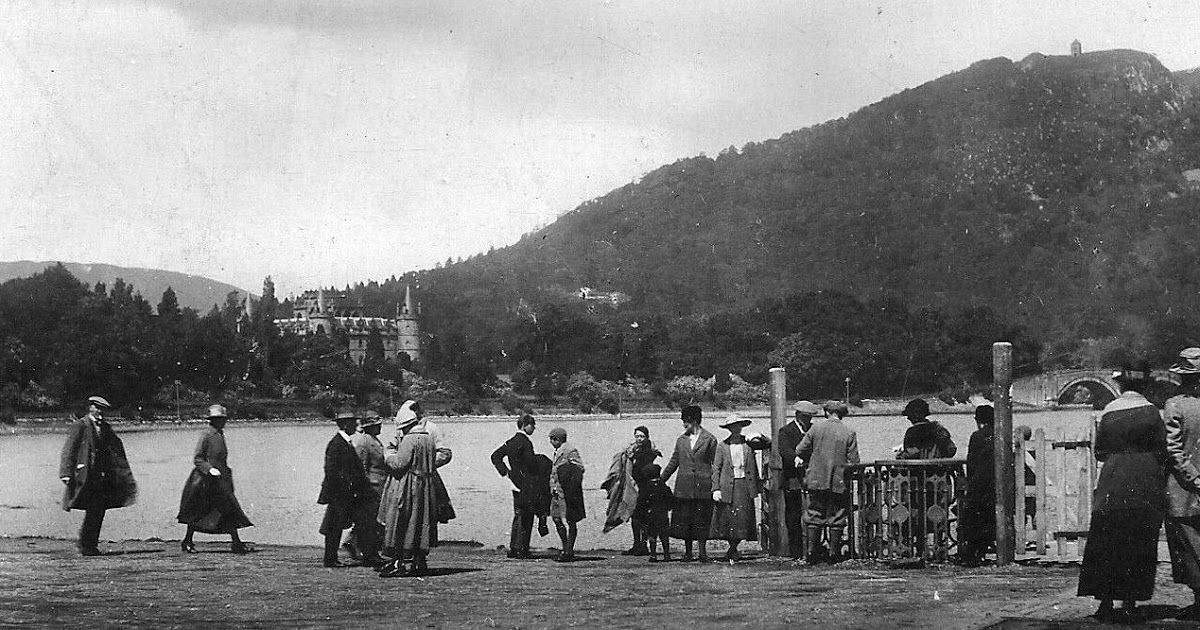 The pier was at centre of the famous Loch Fyne herring fishery in the first half of the last century, the significance of which is reflected in the herring’s presence on the town’s coat of arms. As the second world war raged, Inveraray Pier played an important role in supporting the Combined Operations training centre around town, with troopships moored offshore and the pier put to regular use. Inveraray Pier is, however, perhaps best known as the place where visitors came ashore in droves from the famous Clyde steamers for most of the 20th century for business and pleasure in the royal burgh. Adults and children fished from the pier and many a folk enjoyed a leisurely stroll along it.

For the history about the Vital Spark berthed at Inveraray Pier, please visit National Historic Ships.

Robert McCulloch, of Fynestfish Inveraray, sent this lovely photograph from the family album. 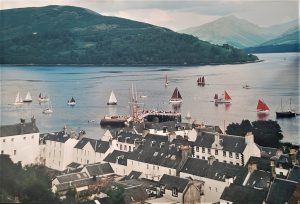 George Barker from Tarbert Argyll sent this photograph via Donald John MacDonald. This was taken in 1905. It would be lovely to see, over 100 years later, the crowds arriving at Inveraray at the pier. 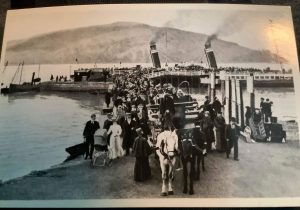 This photograph sent in by Wilma Wood of the crowds heading down the pier circa 1930s.  “We hopefully will see the like again” (Wilma’s words.) 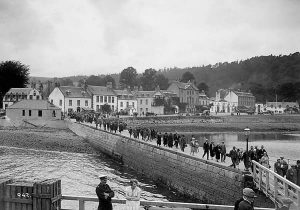 If you have any old family photos of Inveraray Pier we would be very pleased, with your permission, to display them in the history section. Dig out those old ‘photaes’ of your Granny, or Great Granny, down by the pier!  (Send a scanned image, off your printer, or a .jpg from your smart phone by email and we will include your family photo.)

We use cookies on our website to give you the most relevant experience by remembering your preferences and repeat visits. By clicking “Accept All”, you consent to the use of ALL the cookies. However, you may visit "Cookie Settings" to provide a controlled consent.
Cookie SettingsAccept All
Manage consent

This website uses cookies to improve your experience while you navigate through the website. Out of these, the cookies that are categorized as necessary are stored on your browser as they are essential for the working of basic functionalities of the website. We also use third-party cookies that help us analyze and understand how you use this website. These cookies will be stored in your browser only with your consent. You also have the option to opt-out of these cookies. But opting out of some of these cookies may affect your browsing experience.
Necessary Always Enabled
Necessary cookies are absolutely essential for the website to function properly. These cookies ensure basic functionalities and security features of the website, anonymously.
Functional
Functional cookies help to perform certain functionalities like sharing the content of the website on social media platforms, collect feedbacks, and other third-party features.
Performance
Performance cookies are used to understand and analyze the key performance indexes of the website which helps in delivering a better user experience for the visitors.
Analytics
Analytical cookies are used to understand how visitors interact with the website. These cookies help provide information on metrics the number of visitors, bounce rate, traffic source, etc.
Advertisement
Advertisement cookies are used to provide visitors with relevant ads and marketing campaigns. These cookies track visitors across websites and collect information to provide customized ads.
Others
Other uncategorized cookies are those that are being analyzed and have not been classified into a category as yet.
SAVE & ACCEPT
Powered by